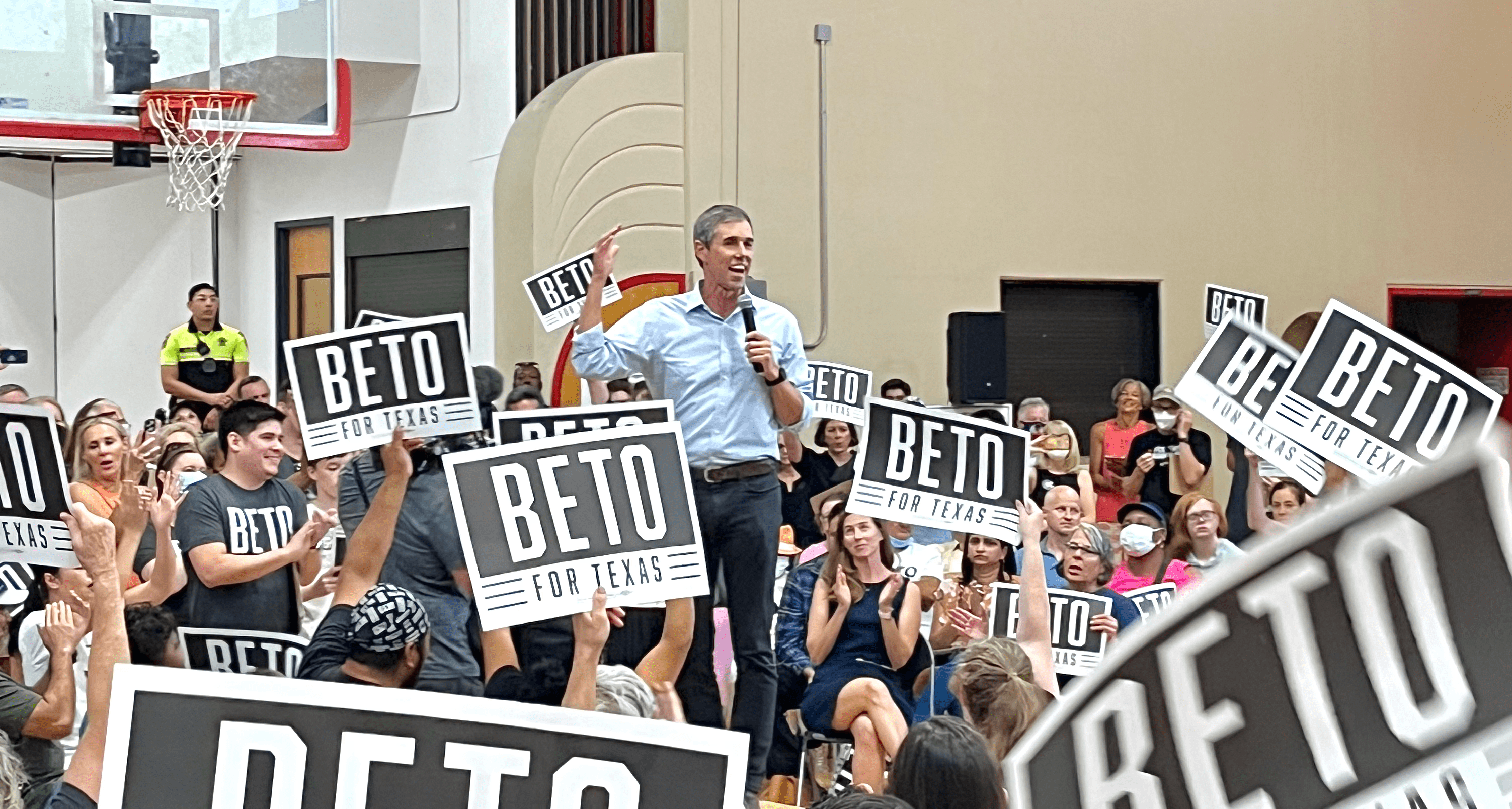 “Can you take our picture?”

That question was asked upwards of a dozen times during the ten minutes Beto O’Rourke waited on his smoothie from Juiceland.

Mid-sentence they’d hand the woman standing next to him their cell phone, presuming the answer would be yes. Each time she would snap the photo and then hand them back their phone. On occasion, she’d receive a “thank you” in return.

It was 12:30pm on a Saturday — my fifth day as a field organizer for the Beto campaign. I had just finished a two-hour canvassing session and was in the process of scarfing down a Chipotle burrito before starting my afternoon phone-banking shift.

And then I looked out the window and coincidentally saw Beto next door, sporting his signature light blue button-down tucked into slacks.

Since I was now working for his campaign and currently wearing a t-shirt with his name on it I thought I might as well say a quick “hi.” So I rested my burrito against my water cup and walked outside.

But someone had gotten to him first, so while I waited my turn, I decided to introduce myself to the woman he was with.

“Amy,” she replied while giving my hand a shake before saying with a smile, “Nice shirt.”

I told her I was a newly hired field organizer and then asked, “Do you work for the campaign?”

“I’m actually his wife,” she said back, maintaining her soft yet warm smile.

I fumbled for a couple of seconds and apologized for not knowing that and then eased back into conversation.

“Oh, it’s always crazy,” she replied and she was still smiling but I could sense the tiredness in her eyes as she said it.

We chatted for a minute or two more and then she tapped Beto who said a few sentences to me and thanked me for the work I was doing. And then other people started to gather so I said goodbye and headed back to Chipotle to finish my burrito. And it was from there that I watched person after person smile and greet Beto while handing Amy their cell phone to snap a photo.

That same evening I was set to staff a Beto Organizing Rally. Typically, Beto wouldn’t attend these; instead, staffers would use the time to recruit the most engaged supporters to sign up for volunteer shifts. But two days earlier we learned that Beto would actually be at this event and would be interviewed by someone from MSNBC directly after addressing the crowd.

People filed into seats that were organized in a circle around a podium within the rec center floor. And then Jack, a particularly charismatic staffer, kicked the event off. “It’s so cool that hundreds of y’all came out tonight to hear me speak,” he joked before spending 20 or so minutes going over the campaign’s plan to utilize an army of volunteers to knock on doors to help Beto win the election.

Then he introduced Beto who walked out and took center stage. Amy walked out with him wearing a dark blue dress and took a seat in a chair marked “reserved” in the front row across the room from where I stood.

Beto spoke smoothly and passionately about issues like abortion, gun violence, the energy grid, and voter suppression. The crowd cheered throughout. But I couldn’t take my eyes off Amy — beaming up at him the whole time. Proud as he spoke.

Beto ended his speech with a call to action for volunteers and once he finished us field organizers got busy getting folks signed up for canvassing shifts, which served as the backdrop for the MSNBC interview.

And then the interview wrapped and the photo line started — quickly snaking around the rec center floor.

I began cleaning up and found myself picking up empty water bottles when I noticed Amy walking past.

“Hi Ben,” she said. I was touched and surprised she’d remembered my name. We chatted for five more minutes or so. About the speech and her teenage kids and UTEP football’s big win over Boise State the previous night. And then I said, “I don’t mean to keep you if there’s somewhere you need to be,” to which she said she should probably join her husband for photos with supporters.

For the next hour, Beto and Amy chatted and took photos with every person in line. And after taking a photo with the last remaining supporter at 9pm, they were ushered over to take one with the 30 or so of us field organizers.

We snapped a shot — Beto sitting in the middle, Amy off to the back right. And then Beto turned and thanked us and emphasized the importance of our work.

Everyone had cleared out and it was time to leave. Beto looked over at his wife and smiled at her in a way that made it clear how aware and appreciative he was of her patience.

And then he took her by the hand and said, “Now, it’s time to celebrate my anniversary with my wife,” and they walked out the front door.

Enjoy reading? Well, I share new articles (along with life updates) in my What a Month! It's Ben newsletter and would love to have you along for the ride!
Thank you! Your submission has been received!
Oops! Something went wrong while submitting the form.